In Samos you will have the opportunity to visit many sights, like the Temple of Goddess Ira in Iraion, Eypalineio Orygma and Polykrateia wall in Pythagoreio, the Museum at Mytilinioys village and the Archaeological Museum of Samos where you can admire the bigger Kouros of world (5,5m height).

The visitor is not supposed to omit his tour in the villages of Samos. Samos allocates 34 villages which the history and their architecture give a unique beauty.

-The cave of Pythagoras (Marathokampos region) 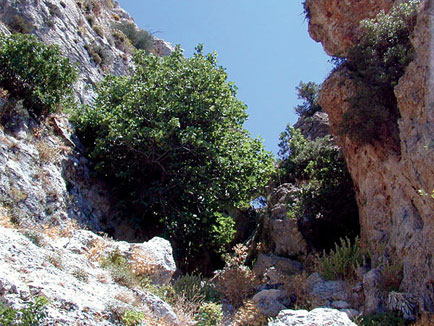 This Cave, which is found in foot of Kerkis, constitutes the point to which Pythagoras resorted when he was persecuted the tyrant Polykratis with the accusation of corrupting young persons. An other more romantic version of the story is that this cave was used by Pythagoras as place of meditation. It is located 3 kilometres from Marathokampos. 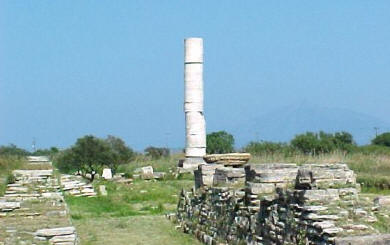 Constituted by the ruins of ancient temple, which were built to price of IRA( According to Greek mythology was the mother of gods).During the temple's big acme it was considered one of the most important monuments in Greece, with dedications been made even from Sparta, Corinthus, Athens etc. It is located about 4 kilometres outside Pythagoreio, and you can go there by car.

Constructed during the reing of Polykratis, at about 550 B.C., Eypalineio orygma constitutes a unique monument of prowess and knowledge Ancient Greeks had in contruction. Eypalineio orygma is a tunnel with length 853 metres and diameter so big that a person fits within. Goes down 80 metres under the surface of ground. Was built to facilitate transportation of water, along with it existed earthen pipes that shaped a network and penetrated entire the mountain the height of which is 246 metres. It is located about 2 Km from Pythagorio and you can go there by car or on foot.